on November 08, 2010
This was my first Diwali after marriage so it was special. But like all earlier ones this one started with my special Diwali menu - chakali (चकली). 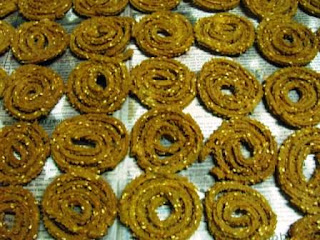 And obviously with some sweet. 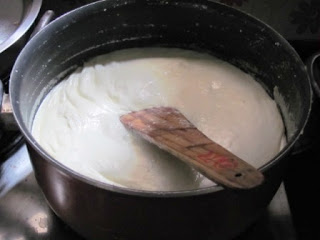 Meenal and Meet were making rangolis before the Laxmi puja in the evening. 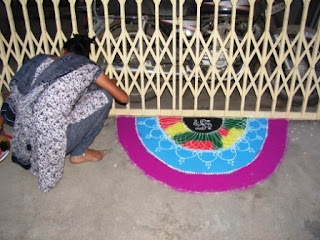 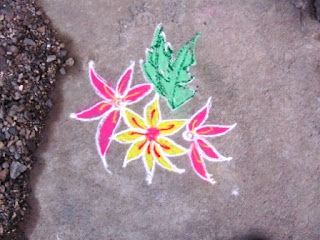 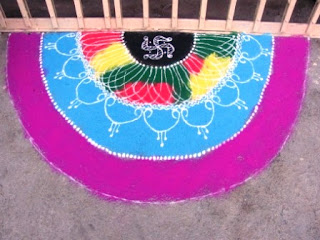 They also made rangoli in front of the Ram mandir which diagonally opposite to our home in Buldana. 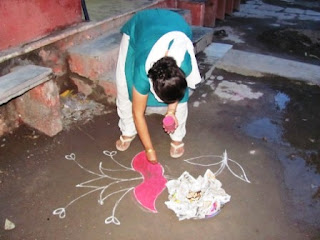 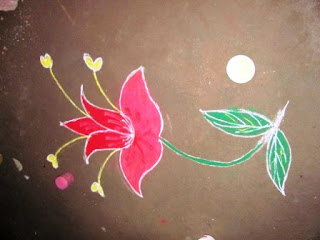 We had Laxmi pujan in the evening as per the hindu customs. We decorated idols with flowers. 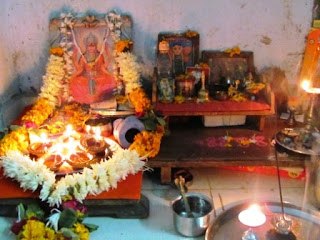 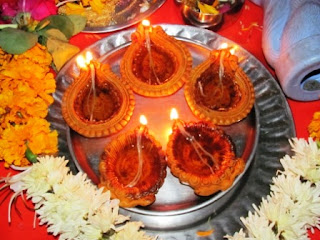 After puja then it was a time for fire crackers. I was bursting crackers after my fourth standard. It was sort of low confidence that I was experiencing while lighting atom bombs. But after bursting 2-3 of them it became like routine. 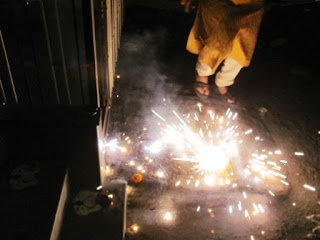 It was scenic to watch crackers. The color and odor is so enticing. 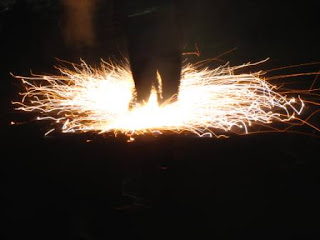 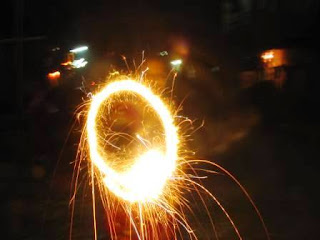 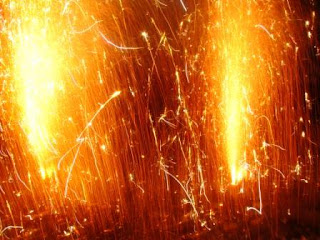 Since we were in Buldana we had our brother Vaibhav with us on Diwali. He enjoyed fire crackers too with Ankush. 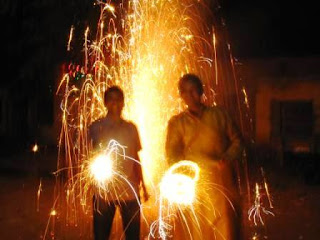 Some family snaps on the backdrop of light festivity. 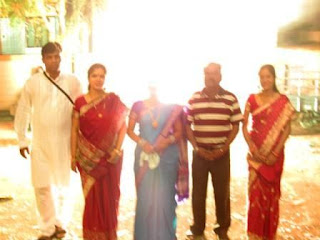 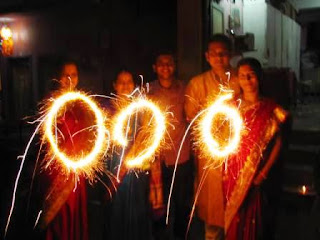 Meet, Anjy atya and Meenal (in left to right order) posing for the snap. 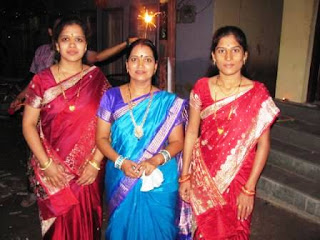 Few other snaps of Diwali. 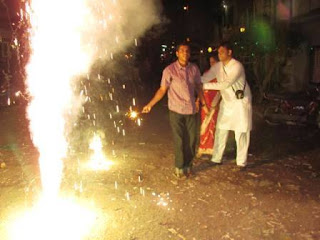 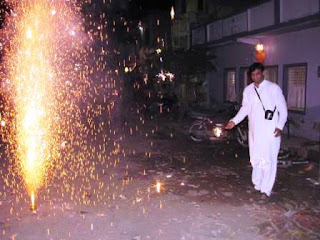 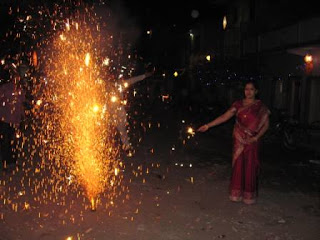 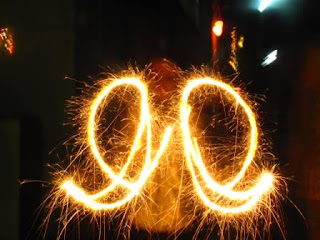 A newly married couple, Ankush and Meenal, before the end of the Laxmi puja celebrations. 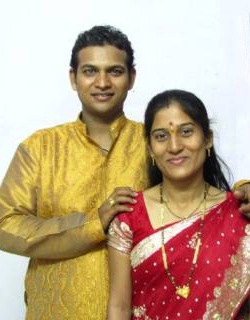 Below are the few interesting rangolis made by neighbors for Diwali. You choose the best among these. 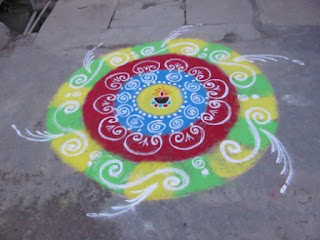 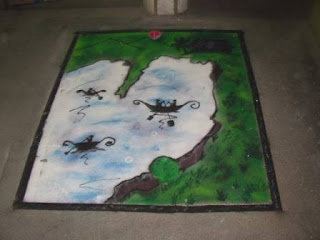 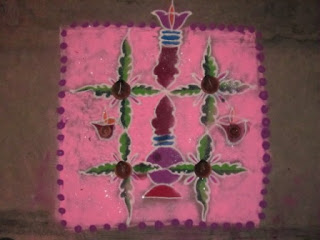 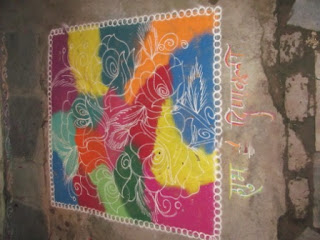 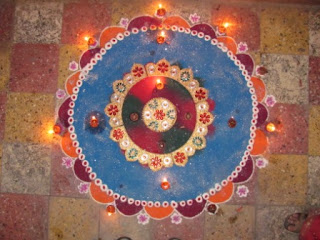 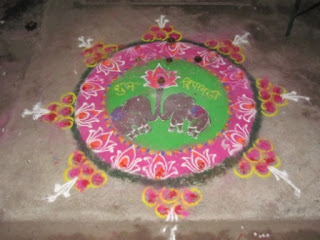 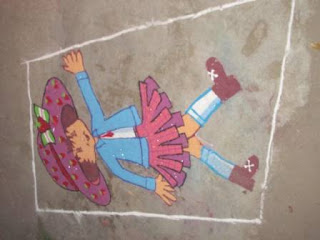 Robin said…
Amazing!!! I like this website so much it's really awesome.I have also gone through your other posts too and they are also very much appreciate able and I'm just waiting for your next update to come as I like all your posts... well I have also made an article hope you go through it. Diwali 2017 , Happy Diwali

If you are thinking of starting up a e-newsletter activity at corporate level then below are few tips that might help you in the course. I have divided a newsletter activity in three phases viz. planning, construction and distribution.

The name of the newsletter should grab attention of the audience. If your brand is highly recognizable in your business community then only use that name. If that is not the case then use any other name that will represent the aim of your newsletter. For example, if you are starting a newsletter for cloud services then have the name something as ‘Envisioning the Cloud’.

It is not always possible to have different newsletters for different segments of your market due to budget and resource constraints. In that case you will have to choose your first market segment that you will serve as a pilot campaign. Based on its success you can go on adding segments in current newsletter or sta…

Three learning I got after losing Rs. 50

I learnt few important lessons for my life at cost of Rs. 50 at Funfair organized at our company.

The event was organized for raise money for charity. All the revenue collected through this would go to NGO so I had set my own budget apart from our team contribution to support NGO financially. But interestingly I got to learn few important things.

I was playing Below 7 or Above 7 game. In this game you have to just guess the total of two dices thrown. If you win you get double of your bet. Before play I had done my homework and decided to bet for below 7 all time since the probability of win is 50% statistically so it was the safe move per say. But when I played my belief and faith in statistics based decision got tossed.

Decisions based on stats only is not a good way to go with - My play strategy was solely based on statistical analysis yet I lost money.Go with your heart - Many times during play I disobeyed my internal voice and got ruinedFailure doesn't sadden alw…

An afternoon lunch with friend, while Rio Olympics topic was talk of the town, led to an interesting debate - Will viewership improve sports performance in India and score at Olympics? My friend Abhishek, being an optimistic person, chose to take on the side of YES. And I had an obligation to support NO as I wanted to have a good discussion. ‘Talking while eating is not good’ is a myth, in my opinion. If you are exercising your jaws for chewing then might talk as well.  His first point for YES claim was - more awareness means more viewership, more viewership means more sponsorship, more sponsorship means more funding for sports, more money means lucrative career opportunity and good career means encouragement from parents to make sports as primary source of living. Very valid and logical point. My counterclaim was simple - are parents considering Cricket as means of living for their kids in India despite it being one of the richest sports? Result tie.  His second assertion came in - …