You will not learn until

on December 19, 2010
While I was drying my hands I overheard two developers talking to each other. One was telling other developer an interesting story of learning better coding.
The first developer was quite famous for his coding ability in his earlier company. But sometimes even skilled people stuck. Similarly, this developer was stuck up with a problem. He spent two days on it but could not come out with solution. He scratched his head, books and at last internet but could not get any help.
Frustrated developer went to his project manager and explained what he was going through for last few days. The manager promptly came to his desk and asked for control of his development machine. He questioned developer to understand more about the problem. He took not more than 5 minutes to look for solution on Google. He copied the code, pasted it in IDE and did some quick tweaking. The problem was solved. All this was happening in front of the developer. The problem that took more than two days for him to puzzle him more was solved by his project manager in just 10 minutes.
Manager asked developer if he is satisfied with the solution. As soon as developer nodded his head the manager deleted all the code that he has just entered and closed all the tabs and cleared all browser history. It was happening so quickly that before developer could understand what’s happening his system was not more than a clean slate stuck up in the same problem.
Giving chair back to the developer the manager said, “You will not learn until you code it yourself. Now do it yourself. I just wanted to show you that the problem has a solution; you solve it.” The developer had just learnt what a good project manager means. His manager has neither put him in fix just asking for solution nor did he let him use readymade code. His manager has taught him fishing not just gave him the food.
learning story 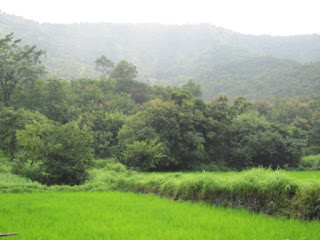 If you are thinking of starting up a e-newsletter activity at corporate level then below are few tips that might help you in the course. I have divided a newsletter activity in three phases viz. planning, construction and distribution. Planning phase 1. Attention grabbing name The name of the newsletter should grab attention of the audience. If your brand is highly recognizable in your business community then only use that name. If that is not the case then use any other name that will represent the aim of your newsletter. For example, if you are starting a newsletter for cloud services then have the name something as ‘Envisioning the Cloud’. 2. Decide your target audience It is not always possible to have different newsletters for different segments of your market due to budget and resource constraints. In that case you will have to choose your first market segment that you will serve as a pilot campaign. Based on its success you can go on adding segments in current newslett